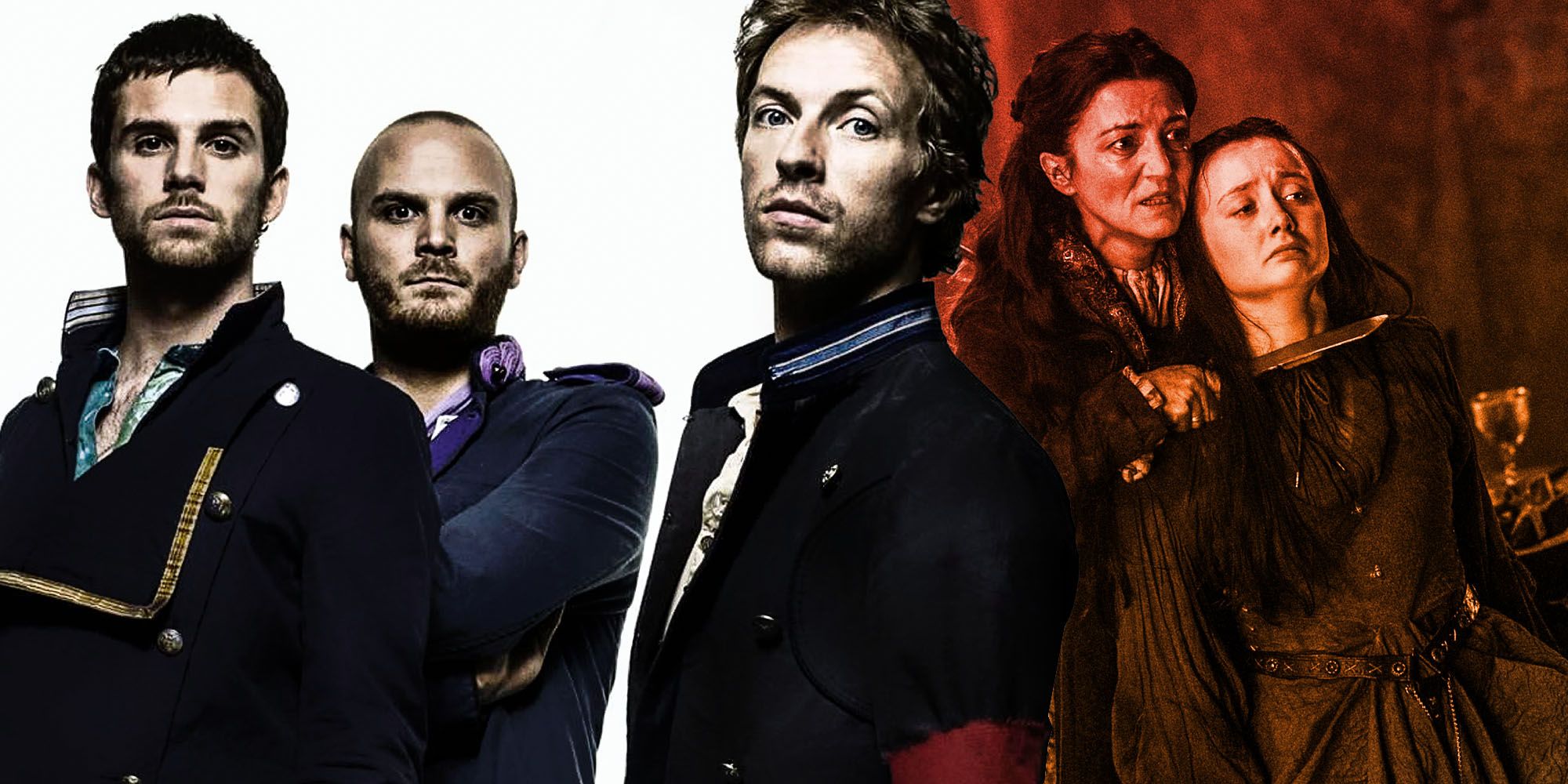 Coldplay was in attendance for Game of Thrones' infamous Red Wedding with a special cameo from the band's drummer, Will Champion. The memorable event took place in season 3 of the HBO series based on George R.R. Martin's A Song of Ice and Fire novels. When the specific episode debuted in the summer of 2012, Coldplay had been active for a decade and a half. Aside from Champion, the British rock band from London consists of guitarist Jonny Buckland, bassist Guy Berryman, and most notably, lead vocalist Chris Martin. After a few name changes in the late '90s, Coldplay found worldwide fame in 2000 with the release of their album Parachutes. Since then, the band has released seven studio albums while becoming one of the best-selling musical artists in history.More...