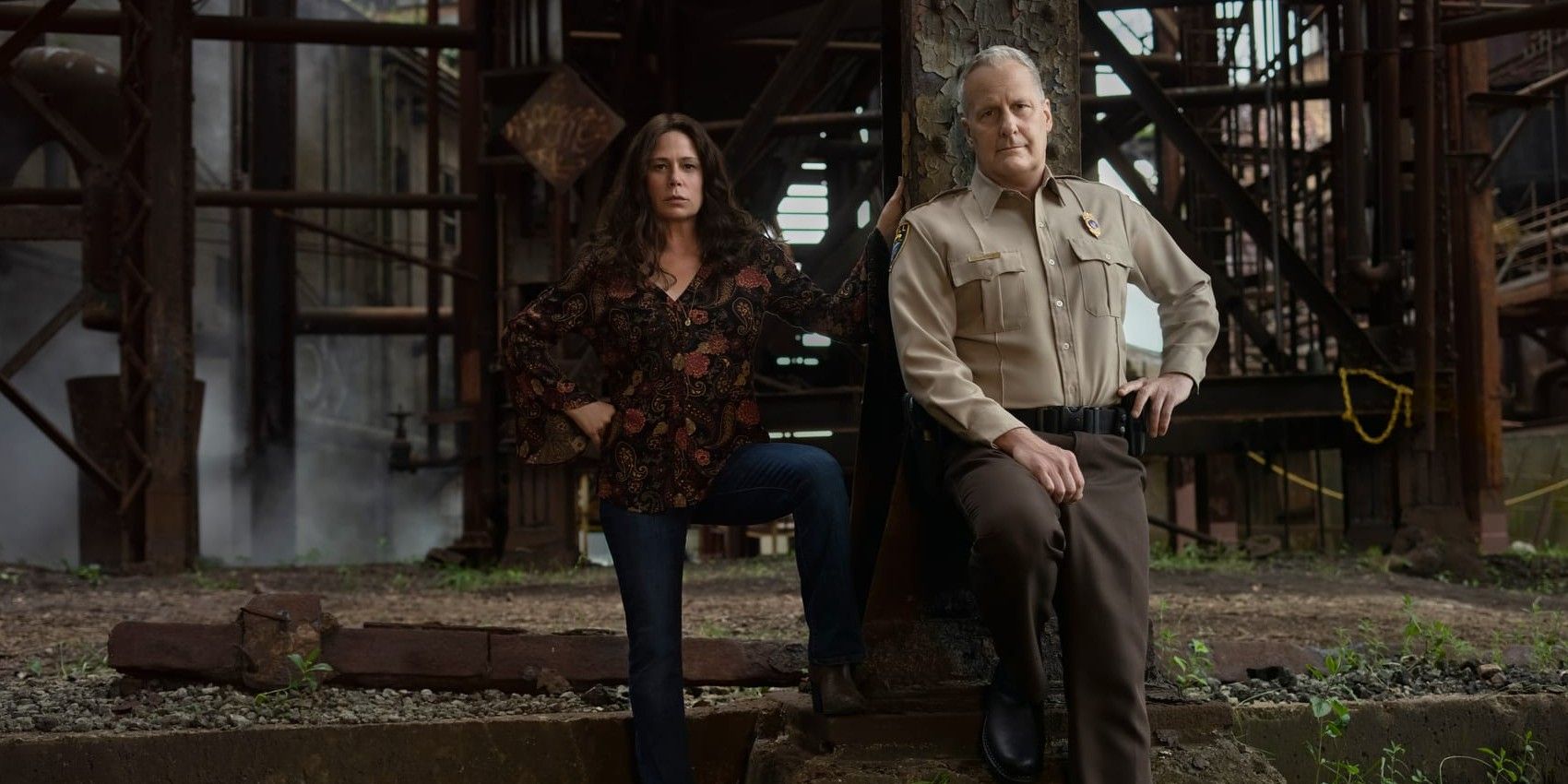 The trailer for Showtime's upcoming drama American Rust, starring Jeff Daniels and Maura Tierney (The Affair, Liar Liar), has been released. Based on Philipp Meyer's novel of the same name, the series follows chief of police Del Harris (Daniels) who lives in a Rust Belt Pennsylvania town. When the son of the woman he loves is accused of a murder, Harris must choose how far he's willing to go in order to protect him. The American Rust trailer (via Showtime) displays a sequence of dramatic shots and a range of heightened emotions. Nick Cave's baritone voice serves as a heavy and somber musical backdrop, setting the tone for a dark premise about the perils of allegiance.More...