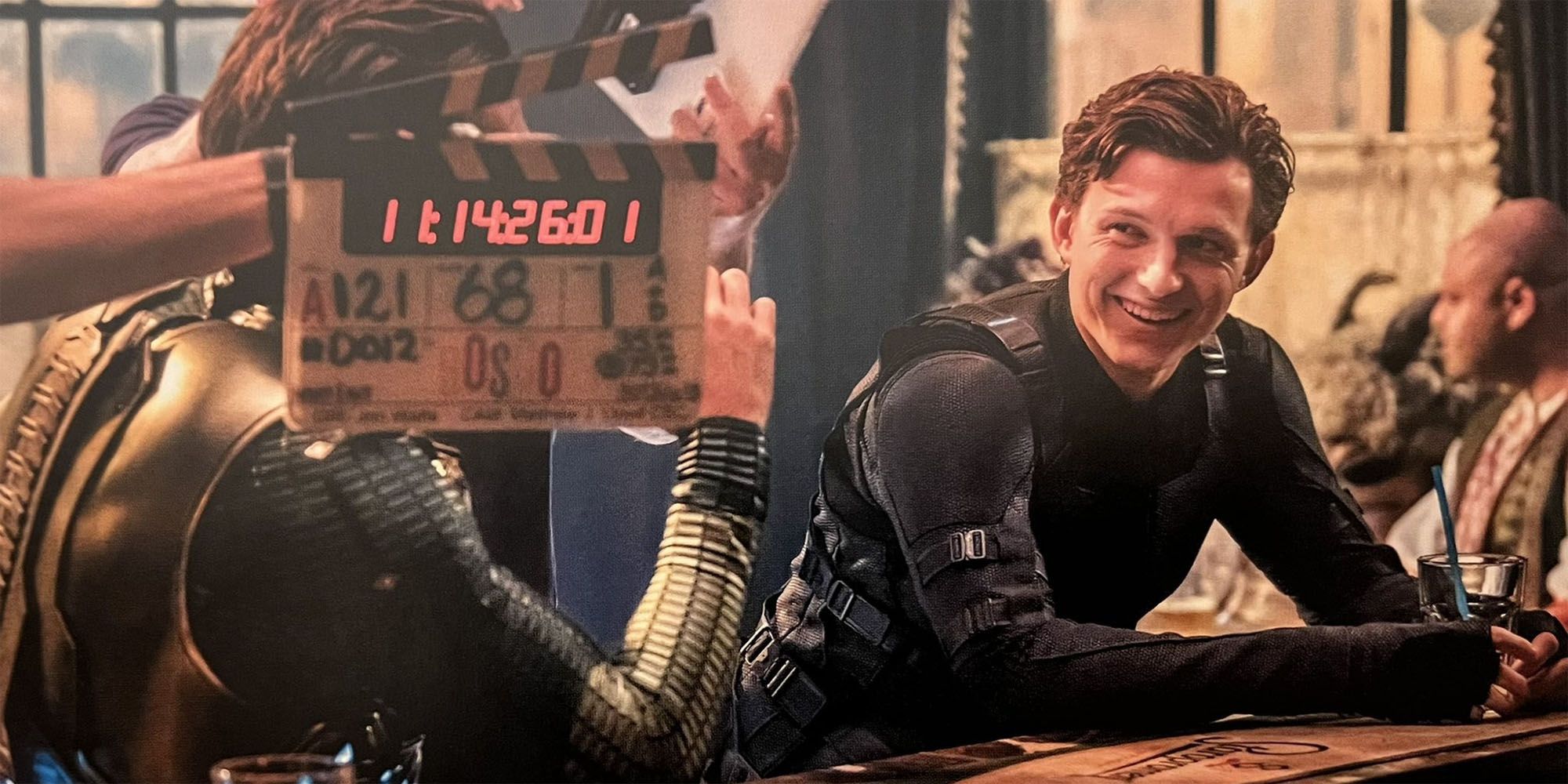 A new behind-the-scenes photo from Spider-Man: Far From Home shows co-stars Tom Holland and Jake Gyllenhaal sharing a laugh. The sequel to Spider-Man: Homecoming follows Holland’s Peter Parker as he attempts to balance the responsibilities of being a superhero with the desire to enjoy a simple summer vacation in Europe with his classmates. And while Quentin Beck (Gyllenhaal) appears to be a helpful presence at first, it soon becomes evident that the character has villainous intentions when he is revealed to be the devious Mysterio. Upon its release, the 2019 Spider-Man sequel was praised by audiences and critics alike. Reviews particularly cited how the movie served as another example of director Jon Watts’ ability to tell a high school comedy within the confines of a comic book adaptation.More...