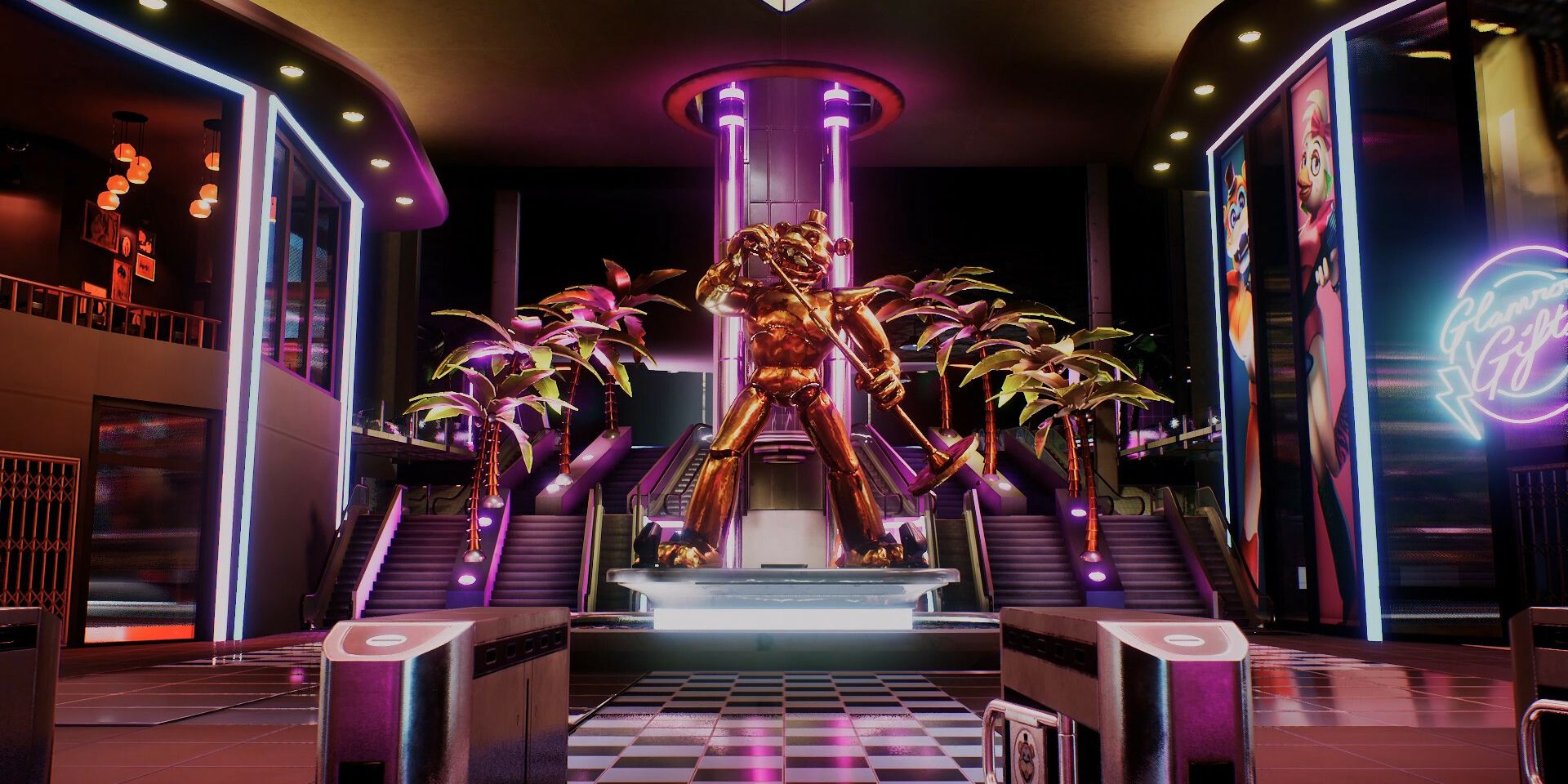 Five Nights at Freddy's: Security Breach was first shown off in February during one of Sony's State of Play events. The trailer placed a heavy emphasis on the game's ray-traced lighting, which may have fueled questions about whether the game will be exclusive to the PlayStation 5, since the only other consoles with ray-tracing support are the Xbox Series X and S. The short answer to the question is no, it's not a PS5 exclusive, but the longer one is somewhat more complex. Though it's the eighth game in the series, FNAF: Security Breach is just the second with first-person, free-roaming gameplay, and only to first of its kind outside of VR. Steel Wool Studios is attempting a larger scope than ever, with Five Nights at Freddy's: Security Breach set in a neon-lit complex called the Mega Pizza Plex.More...