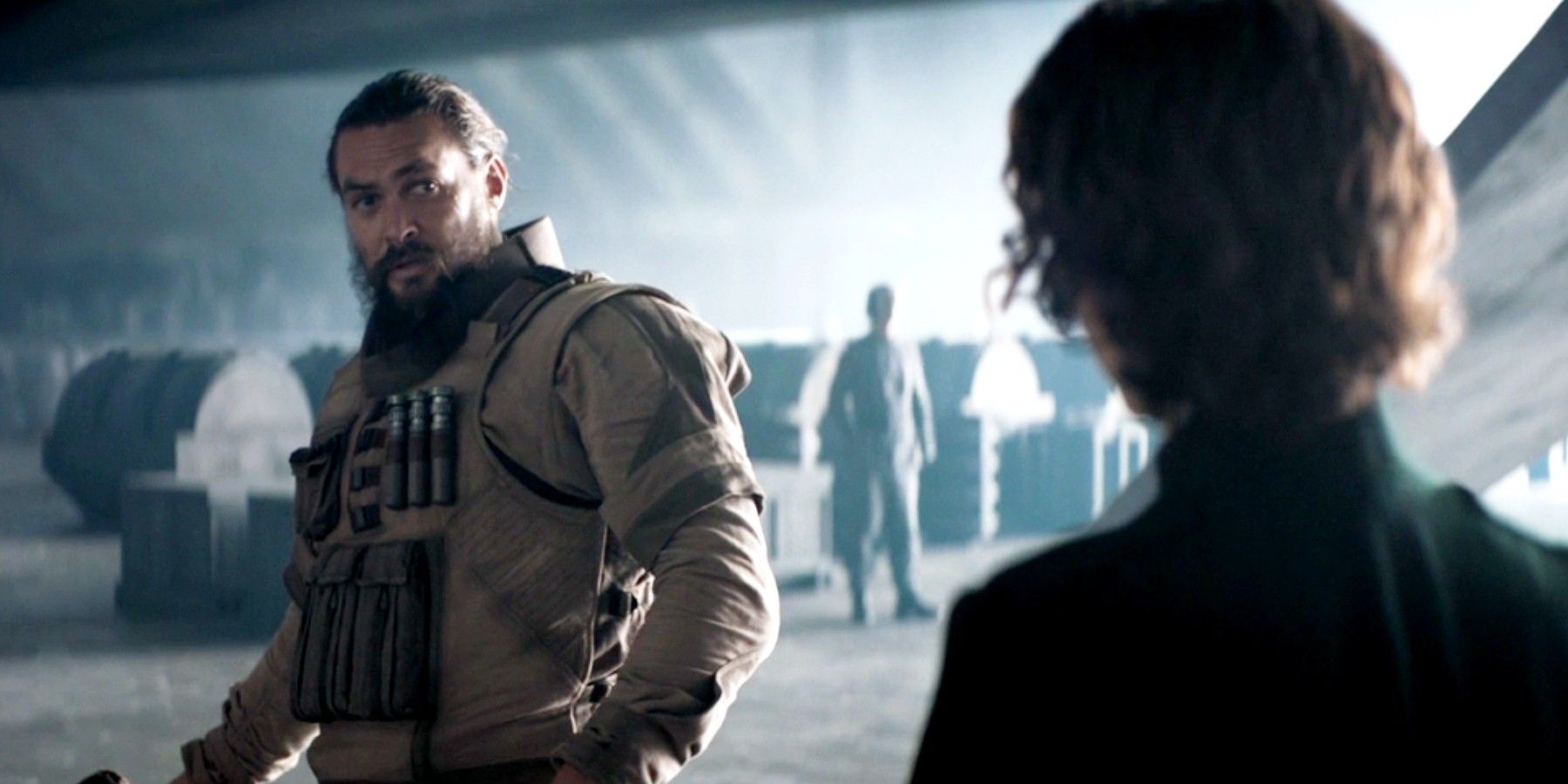 Dune star Jason Momoa revealed that he hid a message to his son within Denis Villeneuve’s big-budget sci-fi epic. Based on Frank Herbert’s 1965 novel of the same name, Dune follows Paul Atreides (Timothée Chalamet) and his noble family in the far future. When Paul’s father, Duke Leto (Oscar Isaac), is ordered to take stewardship of the harsh land of Arrakis, House Atreides finds itself on the brink of war to claim to claim the desert planet, which is home to the world’s most valuable resource.Villeneuve’s film features a star-studded cast. In addition to Chalamet and Isaac, Dune stars Rebecca Ferguson, Josh Brolin, Stellan Skarsgård, Dave Bautista, Zendaya, David Dastmalchian, and Javier Bardem.More...

Read Full Story at ScreenRant
Hey, don't leave without the comment!
RELATED
Constantly Changing Loki Logo Contains a Hidden Message Reveals Tom Hiddleston
Dune’s Jason Momoa Reveals Easter Egg He Added To The Movie For His Son
Jason Momoa Reveals What He Did For His Son in Dune and Why He’s Also Excited for a Sequel
MORE
Suicide Squad Director Shows Off Ratcatcher 2 Stunt Double In BTS Image
Age of Empires 4 Review: Where Nostalgia & Modernization Meet
Curb Your Enthusiasm Season 11 Review: Larry David Is as Great as Ever