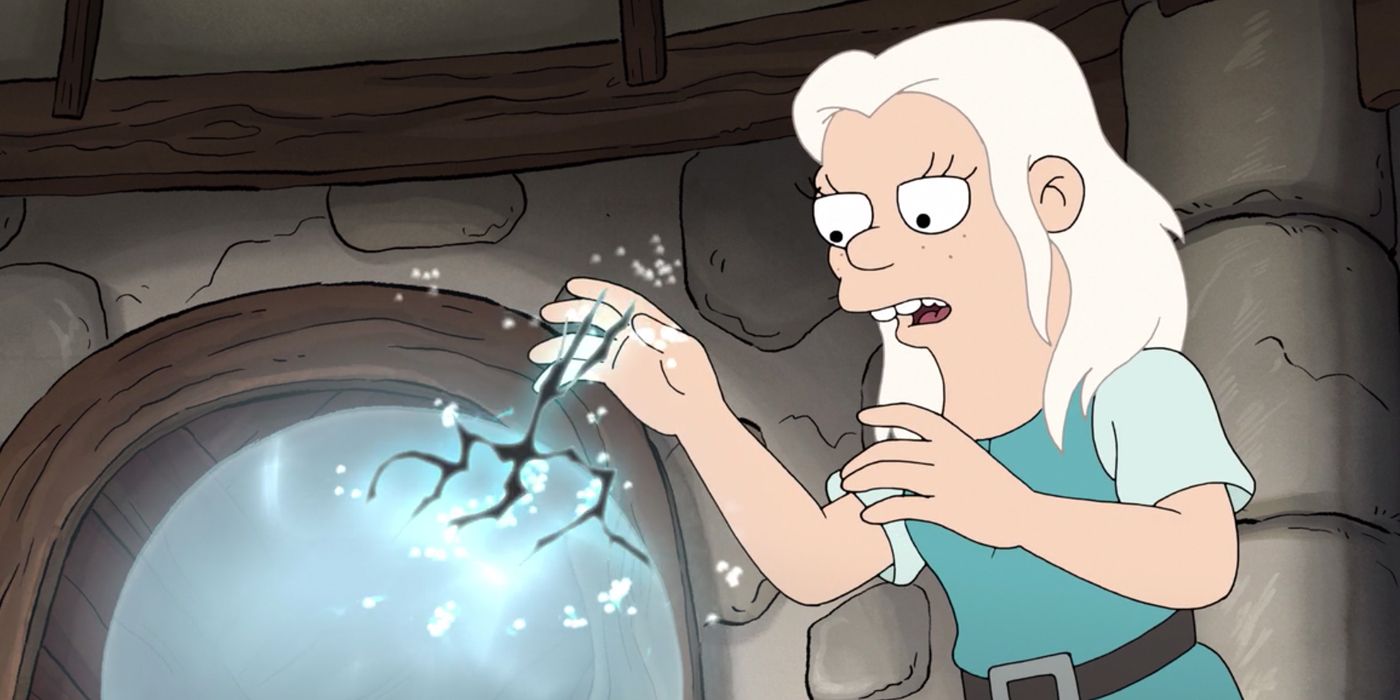 Netflix sets the Disenchantment Part Two premiere date for this September on Netflix. Viewers will be able to delve into the kingdom of Dreamland once again, as Matt Groening’s animated fantasy/comedy is slated to premiere early this fall. Groening is also the creator of The Simpsons and Futurama, all of which are animated in a similar fashion. Disenchantment's first season premiered in August 2018. Set in a fantastical Medieval universe, the 10-episode first season centered around Bean (Abbi Jacobson), an unlikely princess with a drinking problem; Luci (Eric Andre) the princess' "personal demon;" and Elfo (Nat Faxon), Bean's elf friend and (sort-of) love interest.More...